What does Columbus day celebrate?

What does Columbus Day celebrate?

The U.S. holiday Columbus Day honors Italian explorer Christopher Columbus, who is credited with discovering on October 12, 1492, the “New World”—better known today as the United States. Interestingly, Christopher Columbus’ intention on this voyage was to discover a sea-route to Asia. He did, in fact, the first land in the islands of the West Indies and thinking he was sailing the Indian Ocean named them “the Indies” and called the inhabitants “Indians.”

What day is Columbus Day this year?

Columbus Day don't have fixed date. In 2019 it is celebrated on Monday, October 14.

When is Columbus Day weekend?

Columbus Day is currently celebrated on the second Monday in October, but that wasn’t always the case. The first recorded celebration of Columbus Day took place on October 12, 1792. The Society of St. Tammany, also known as the Columbian Order, organized the event, which commemorated the 300th anniversary of Columbus’ landing.

Another century would pass before another major celebration took place. On October 12, 1892, the 400th anniversary of the event was celebrated nationwide when President Benjamin Harrison issued a proclamation asking all Americans to honor the day. While it served as the first official national celebration, the event wasn’t considered an annual event in many American households.

When did Columbus Day become a federal holiday?

The holiday would again gain momentum on October 12, 1905, when Colorado officially celebrated Columbus Day. Over the next few decades, many other states followed Colorado’s lead and began celebrating the holiday on October 12. In 1937, President Franklin D. Roosevelt made the holiday an official national holiday, proclaiming that every October 12 would be known as Columbus Day. In 1971 President Richard Nixon made an amendment to the law, when he moved the date of celebration from October 12 to the second Monday of October each year.

Columbus Day is currently celebrated throughout the United States with many federal and state institutions, such as post offices and school districts, closing their doors in observance of the holiday. The holiday has been well accepted by the public as well, with organized events taking place throughout the country.
Schools organize programs and study Christopher Columbus during the month of October. Community festivals and parades are also popular events on Columbus Day and happen in both big cities and small towns on this day. The biggest celebration of all takes place in New York City. New York City’s Columbus Day parade is an event that draws both national and international attention—this extravagant parade draws hundreds of thousands of spectators every year.

Why is Christopher Columbus important?

So who really discovered America?

Columbus has long been given credit for discovering America, but not everyone believes that Columbus deserves all the credit. It’s well known that many people lived in America long before Columbus landed in 1492. Native Americans were believed to have inhabited America for hundreds, maybe even thousands of years, before Columbus arrived.

Some believe that Leif Ericson of Norway was the first to arrive in America. Although there were few if any maps available to document his travels, he is known to have landed in Newfoundland, Canada in 1000 AD, no records indicate he explored any further south.

Regardless of who may have discovered America first, Christopher Columbus is given the credit. Columbus was the first to document his travels and bridge the gap between the “Old World” and the “New World.”

While Columbus Day is a national holiday many do not feel that Columbus should be honored due to his cruelty to the Native Americans that were here when he arrived. It has been reported that Columbus captured and transported back to Spain a number of Natives who were sold into slavery. In addition to practicing slavery, Columbus and his men reportedly tortured and killed thousands of Native Americans.

Defendants of Columbus Day argue that it is wrong to impose 21st-century morals on a person of the 15th century. The norms and customs of society seven hundred years ago were drastically different from today, and so it would not be proper to condemn a man based on the way the world now operates.

The controversy over Columbus Day continues to this day and looks as if it will remain unresolved for quite some time. 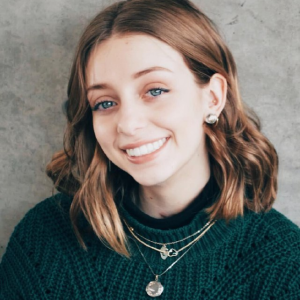 What is St. Patrick’s Day?

When does Oktoberfest start in Germany